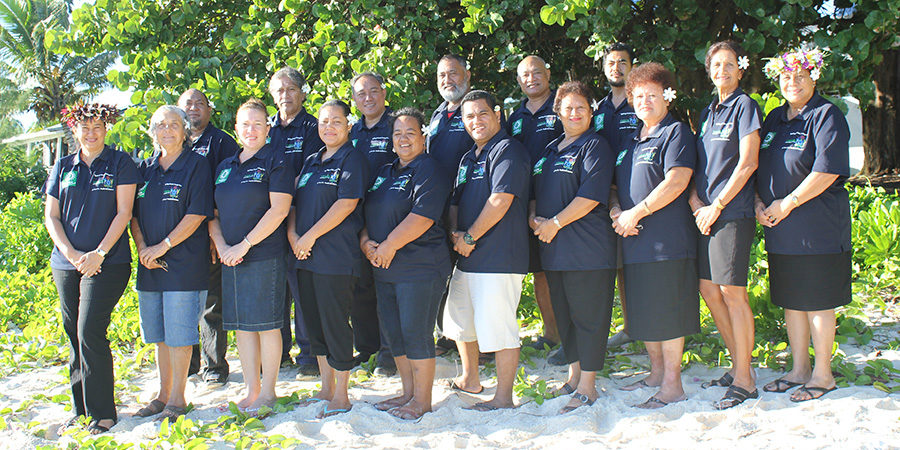 The Pacific Health Ministers meeting provides an opportunity to develop a consensus view of health in the Pacific and sets future directions for health in the effort to build on this idea of “Healthy Islands”.

Healthy Islands is a concept developed in 1995 at the first meeting of the Ministers of Health for the Pacific Island Countries on Yanuca Island, Fiji and endorsed again in 1997 in Rarotonga. The Healthy Islands vision aspires to create and build a place where children are nurtured in body and mind and where the environment invites learning and leisure, where people work and age with dignity. Where ecological balance is a source of pride and the oceans that sustain us are protected.

This vision has served as a unifying theme for health protection and health promotion in the Pacific and reflects the comprehensive and integrated approach to health that is a hallmark of the WHO Regional Office for the Western Pacific.

It has been the foundation for meetings of the Ministers of Health that have followed every two years. These meetings and the ongoing work of health professionals, government ministries and donor partners have helped establish the Healthy Islands movement as a major public health force in the Pacific.

Over the years, the following three themes have emerged at the meetings of the Pacific Ministers of Health:

Subsequent biennial Pacific Ministers of Health meetings have reviewed progress towards the Healthy Islands vision in light of the evolving health landscape.

The Cook Islands hosted the second Health Minister’s meeting in August 1997.  The meeting was a follow up on the positive experience in implementing the Yanuca Island Declaration.  It further reaffirmed the importance of partnership amongst communities, government departments and other sectors in resolving health issues.

The meeting further agreed on the future directions of the Healthy Islands approach, continuing the development of human resources for health and identifying actions to overcome obstacles to the implementation of bulk purchasing schemes for pharmaceuticals and other health supplies.  The meeting also determined to extend the training in the practice of traditional medicine especially herbal medicine, acupuncture and other traditional health related practices.

The Tenth Pacific Health Ministers Meeting held in Apia, Samoa in 2013 provided an opportunity to progress towards the healthy islands vision. More specifically, follow up on progress towards commitments made during the Honiara meeting and further actions needed to scale up responses to such challenges as the non-communicable disease crisis affecting the Pacific and health workforce development.

The last two meetings in Honiara and Apia have seen a remarkable shift in agenda planning, responding to suggestions that the process be more participatory and the host government lead the process. The Eleventh Pacific Health Ministers Meeting held in Yanuca, Fiji in 2015 also echoed these sentiments.

Information on the previous meeting can be found on WHO website with more information to follow on the upcoming Pacific Health Ministers Conference in August.

Pacific health ministers commit to leaving no one behind, achieving Healthy Islands
August 30, 2017