Secretary of Health appointed to World Health Organization (WHO) 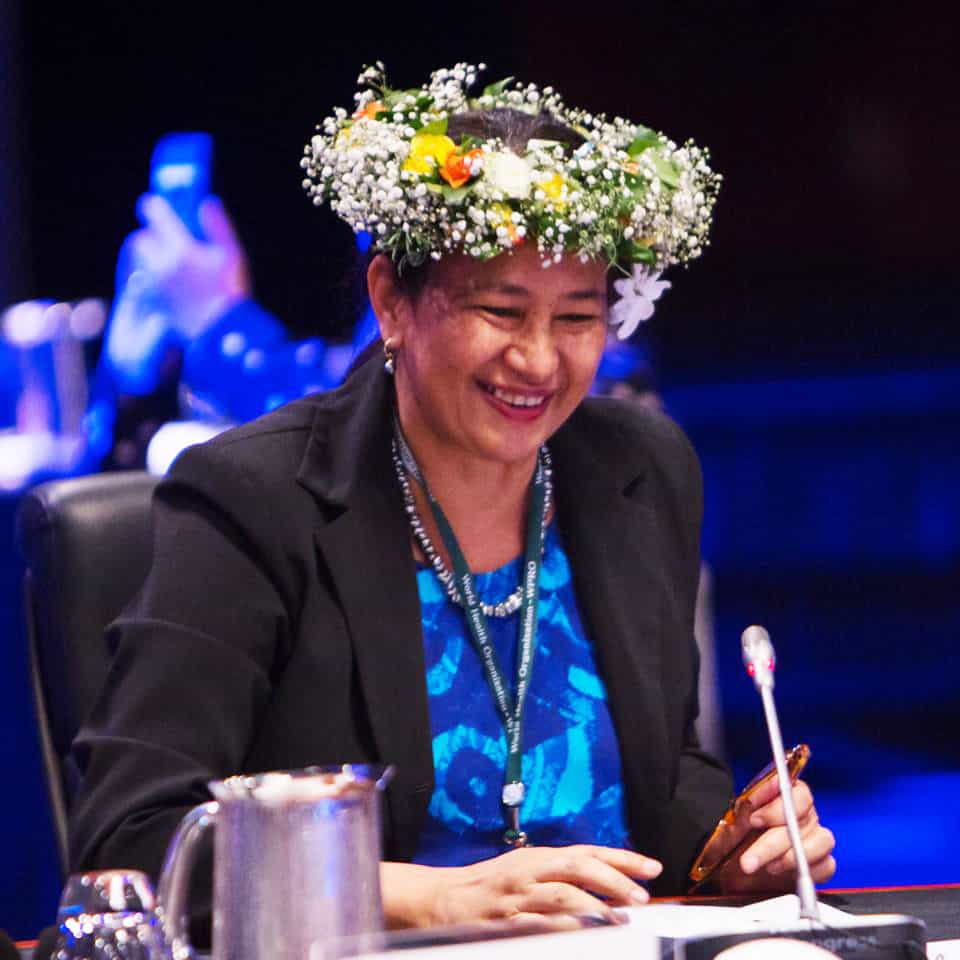 Mrs Elizabeth Iro, Secretary for Cook Islands Ministry of Health has been appointed as the new Chief Nurse for the World Health Organization (WHO). Mrs Iro’s appointment was announced during the Sixty-Eighth Session of the WHO Regional Committee for the Western Pacific by the WHO Director-General, Dr Tedros Adhanom Ghebreyesus.

“I am very honoured and humbled with this announcement today,” said Mrs Iro.

Ms Michele Rumsey, WHO CC UTS Director, explained the importance of the reinstatement of this globally significant role and the close connections between the WHO CC UTS and Mrs Iro.

“We have worked with Mrs Iro for many years since the formation of the SPCNMOA, and it is a great honour to have a senior nursing and midwifery leader from the Pacific appointed to this important position at WHO.” said Ms Rumsey.

The position of WHO Chief Nurse has been vacant since 2010 and the reinstatement of this position and the appointment of Mrs Iro, indicates the value that the new WHO Director-General, Dr Tedros, holds for   the nursing and midwifery professions within this organisation.

Mrs Iro stated “I think this appointment is going to raise the profile of nursing and midwifery and I anticipate it will be encouraging and enabling nurses to work to their full potential if countries are to achieve universal health coverage.

“I bring to this role my lived experience as a woman, a mother, a nurse and midwife, past president of the Cook Islands Nurses Association and Head of a Ministry for Health” She continued.

Ensuring that health staff are provided with the right skills and knowledge to do their job has been a major part of her work during her leadership of the Ministry of Health and Mrs Iro’s excellent understanding of health services in the Cook Islands has been the key to driving critical health initiatives to the fore.

As Health Secretary for the Cook Islands since 2012 and former Cook Islands Chief Nursing Officer, Mrs Iro has worked to meet the health needs of the people of the Cook Islands and the Pacific since graduating as a nurse in 1981 and midwife in 1986.

She has been a close colleague and friend of the WHO CC UTS and a long-standing member of the South Pacific Chief Nursing and Midwifery Officers Alliance (SPCNMOA) since its inception in 2004 in the Cook Islands. The WHO CC UTS acts as Secretariat for the SPCNMOA which aims to enhance nursing and midwifery effectiveness through promoting and improving population health in the region.